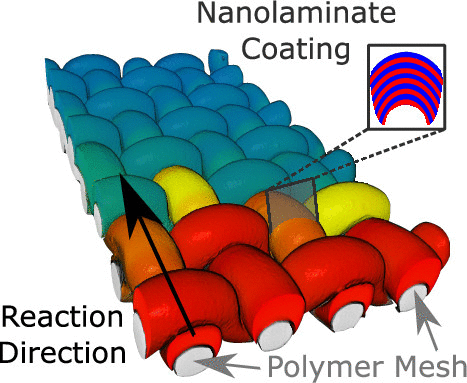 Chemical time delays are pyrotechnic devices which are designed to burn for specific periods of time, from under a millisecond to several seconds, to produce a desired delay in the reaction sequence of either military or civilian pyrotechnics. They are widely used in mining operations, where blasting efficacy is significantly enhanced by having slight delays between sequential explosive charges being ignited, such as is demonstrated in the video below:

The time delays in widespread use today typically involve environmentally hazardous materials, including lead oxides, chromates, azides, and perchlorate. Fully electronic delays are slowly gaining market share, as they provide exceptional reliability and precision, but their higher cost has limited their adoption. Thus, the goal of this work is to develop environmentally-friendly time delay compositions or architectures which provides comparable burn rates and reliability at a comparable cost to the standard delay compositions in use today.

In an article research published in ACS Sustainable Chemistry & Engineering, we explored one approach to creating chemical time delays based on the interrupted reaction of physical vapor deposited reactive nanolaminates, materials which store significant chemical energy in a heterogeneous microstructure composed of alternating layers of two or more reactants with a negative heat of mixing – in this case, Al and Ni. Typically, once an Al/Ni nanolaminate or foil is ignited, it will propagate at high rates (2-12 m/s) until the reaction is either quenched due to heat losses or the entire foil is reacted. By introducing a woven polymeric substrate, we generate physical discontinuities in the Al/Ni during deposition and create a controlled and constrained network of Al/Ni particles. The interruption of heat and mass transfer at the particles’ interfaces causes delays in the reaction velocity as unreacted particles need to be heated by their reacted neighbors until they can ignite and react.

The properties of the Al/Ni particles (the characteristic spacing of the reactants, the total thickness of the particles) as well as of the polymeric mesh (wire diameter, weave pattern, and chemical composition) all have an impact on the resulting burn rate. Overall, this method provides a ~100x reduction in the reaction velocity of Al/Ni nanolaminates and provides a broadly tunable platform to generate elements with burn times suitable to chemical time delays.

Another approach we are investigating to producing environmentally friendly chemical time delays relates to our development of reactive nanocomposite powders for 3D printing. In collaboration with researchers at the Charles Stark Draper Laboratory and Jennifer Lewis’ lab at Harvard, we have developed a method and material for 3D printing reactive Al/Zr/C nanocomposite powders which exhibit slow, controlled reaction velocities.

This work, which is under review at Advanced Materials Technologies, was primarily aimed at developing a new method to fabricate robust 3D printed electrical conductors on demand via a self-propagating high-temperature synthesis reaction. Due to the exceptionally slow and stable reaction velocities exhibited by these materials, we are now investigating them as candidate materials for environmentally-friendly chemical time delays.